Yesterday, Erykah Badu posted pictures on social media of her super long micro braids. The hairstyle was was done by Yasminah Amira and took 30 days to complete. One of the most interesting things about them was that they were done to match the size of the lines between Erykah Badu's fingers! In terms of length, the singer described them as being "calf length."

I can't imagine sitting for hours to get those braids done, but they look beautiful! Some of Erykah Badu's fans joked about the amount of time it's going to take for her to remove them. Hopefully, she'll have a bunch of hands to help her!

This isn't the first time Erykah Badu rocked micro braids. If you check out her 2002 video for the song "Love of My Life," you can see her swinging braids that are similar to the ones she has now. 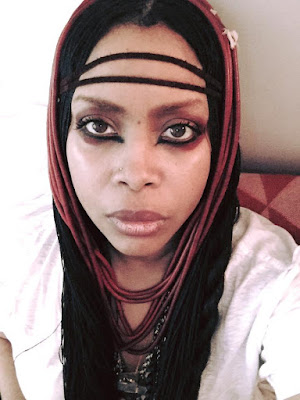 What do you think of Erykah Badu's micro braids?