After They've Touched Your Hair: The Discussion 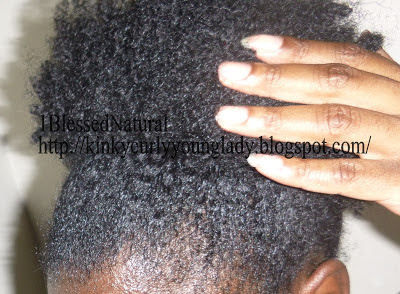 On June 6th and 8th, 2013, Un-ruly.com held an exhibit called "You Can Touch My Hair". The YCTMH interactive exhibit consisted of Black woman standing in a park. Each woman had a different hair texture including straight, curly, and loc'ed hair. The women held up white boards with black letters, spelling out the invitation, "YOU CAN TOUCH MY HAIR." Owner of Un'ruly, Antonia Opiah said, "It was a way of telling those who have stolen a touch or asked for one how it makes me and others like me feel—like an object put on display. But I also wanted to use it as an opportunity to further understand why someone might think that act or solicitation is okay and why black hair is such a novelty." Many have found the exhibition interesting, like one Twitter user:

However, the YCTMH exhibit has also received backlash from people who felt like it was disrespectful:

I believe the idea of YCTMH was a brave and interesting catalyst to a conversation about Black or textured hair. However, I am concerned with the conversation that will be had afterwards. Merriam-websterdictionary.com defines exhibition as,"a public showing." When we think of an exhibition, we usually think of a zoo or an art exhibition. If the YCTMH exhibit was not interactive, we (Black hair community) could have a conversation based on the exhibit as being art. However, the "touching" aspect gives the exhibit a more "zooish" feel, as expressed by the Twitter user above. I believe the permission to be able to touch the participants' hair, somehow gives the impression that we need validation from other races that our hair is okay.

I'm curious to know the conversation that will follow by other races after participating in the exhibit.
I understand Opiah's intent to make people take a step back and realize that Black women and their hair are not to be put on display, but I do believe many will miss that point totally because the exhibit actually encourages the touch by strangers. What were their reactions afterwards? "Oh honey, their hair is softer than I thought. I actually like it? Maybe some people will think to themselves, "I did a silly thing... touching that woman's hair." Some may not even like our hair at all, after the exhibit. I believe the YCTMH exhibit put textured hair back under the microscope to be viewed by other races.

After receiving some backlash from the exhibit, Un'ruly released a statement here.


What do you think?

*Don't forget to enter the E. Burgos Jewelry giveaway for your chance to be 1 of 3 Blessed winners who win a charm bracelet!

En Vogue Performs "Hold On" At Home and Does Interview with Holly Robinson Peete!