The Lord's Plans Are Better... 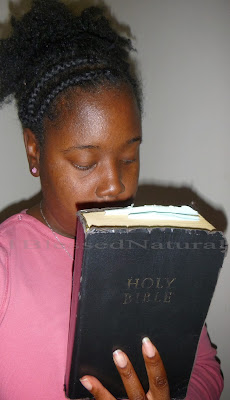 Yesterday, myself and several other people rushed to a catch a bus that appeared to be pulling closer to its stop. Others had already boarded the bus. When the light changed, the bus pulled off. One woman yelled, "That's alright!" I was a bit upset because it was extremely cold, and I just wanted to be indoors. But, before I could turn around, another bus pulled up. I could have guaranteed that someone else said, "Thank God!" I know I did! (smile) After boarding the bus, I began to think about the lesson that I'd just been retaught. The funny thing about the whole situation was the first bus actually would have taken me far away from my destination. The second bus dropped me off closer to my destination.

God's lesson was clear to me. Often times, we make plans for ourselves based upon temporary emotions or feelings, but the Lord has better plans for us. They are better than our own. Things may even appear as though we've missed our chance (like my bus), but it was all apart of the Lord's plan. In the end, we will learn that His plans are better than our own plans. In Isaiah 55:9 says, "For as the heavens are higher than the earth, so are my ways higher than your ways, and my thoughts than your thoughts." We should not rely on our own understanding of our situation; we must trust and rely on Him. Proverbs 3:5 reminds us when it says, "Trust in the LORD with all of your your heart and lean not on your own understanding." We should always pray and seek his guidance before doing anything. Proverbs 3:6 says, "Acknowledge Him in all your ways, and He shall direct your paths." Because we know that He has better plans for us, we can rest in this fact.


Do you remember a time where the Lord's plans worked better than your own?

Related Articles: Let God, Be God in Your Life
God Will Do A New Thing...
God's Guidance in His Perfect Timing
Inconvenienced? But Still Blessed!