My Experience at the Praise 103.9 Inspiration and Music Conference

On Saturday March 29, 2014, I was blessed with the opportunity to attend the Praise 103.9 Inspiration and Music Conference in Philadelphia, Pennsylvania. The conference featured 6 workshops including "All You Need To Know About the Music Business", "Marriage Beyond The Vows and Blended Families", "Single & Saved", "Best Inspirational Singer In America", "Faith, Finances & Insurance", and "How I Wrote That Song". I attended the "Single & Saved" workshop which was hosted by by AV (Anthony Valary) and Dezzie. The workshop panel featured Michelle Williams, Jessica Reedy, Dr. Laverne, Pastor Keon Gerow, The Church Lady, and State Farm Rep (Dennis Jackson). After the workshops, there was a gospel concert in the evening held at the Liacouras  Center. The concert featured several gospel artists including Israel Houghton, James Fortune, Donald Lawrence, David and Tamela Mann, Isaac Carree, Hezekiah Walker, Smokie Norful, Lonnie Hunter, Byron Cage, JJ. Hairston, Charles Jenkins, Zacardi Cortez, and Jessica Reedy.

I have to say the Praise 103.9 Inspiration and Music Conference was one of the best experiences of my life. I thoroughly enjoyed the "Single & Saved" workshop.The panel and hosts were very open and honest about their own relationships and experiences. It was good to be in a room with a large group of people who were asking and answering similar questions about God and being single, courtship, relationships, marriage and after marriage. I was also excited to see gospel singer, Michelle Williams of Destiny's Child on the panel because I believe she is underrated. She has a new song out called "Fire" that is really good.

After the workshop, my friend and I visited the tables of many of the vendors located in the hallway. There was one table by EOne (Entertainment One Music). They were giving out free promotional items like gospel CDs, arm bands, ear phones, and t-shirts. Stay tuned because I will be doing a giveaway! There was also a display for Erica Campbell's ( of "Mary Mary") song called "HELP". I love the song and full album. I'm glad to see that she is doing well with her solo career.


Also, you all know I was on the look-out for fellow naturals (smile). I saw a handful of women rocking their natural hair at the event. One of them included Denise Mobley of  DM Photographs. She was rocking a shiny, coily, wash 'n' go. Mobley posed for a picture. There was also a representative from an insurance company who was rocking a beautiful thick fro. Another woman was rocking long two-strand twist extensions. I didn't notice her until she walked into the frame of my picture. God did that LOL. My own hair was in a twist-out style with a part in the middle.

Lastly, the gospel concert began at 7:00pm. We were seated 5 rows from the stage. Thank God for that because the concert was awesome! It was hosted by the hilariously funny Lonnie Hunter. There were several performances that I loved. Tamela Mann's performance of "Take Me to the King" was awesome. Erica Campbell's performance of both "I Need Just  A Little More Jesus" and "HELP" were good. Her and Tamela were both rocking pretty yellow blazers. Charles Jenkins' performance of "This Means War" had everyone out of their seats. Israel Houghton's whole performance was memorable. Donald Lawrence and Sheri Jones-Moffett's of "Encourage Yourself" was one of the best. JJ Hairston and Youthful Praise were good too. We left before the concert was over because it was getting late. God willing, I will be attending the event again, next year! 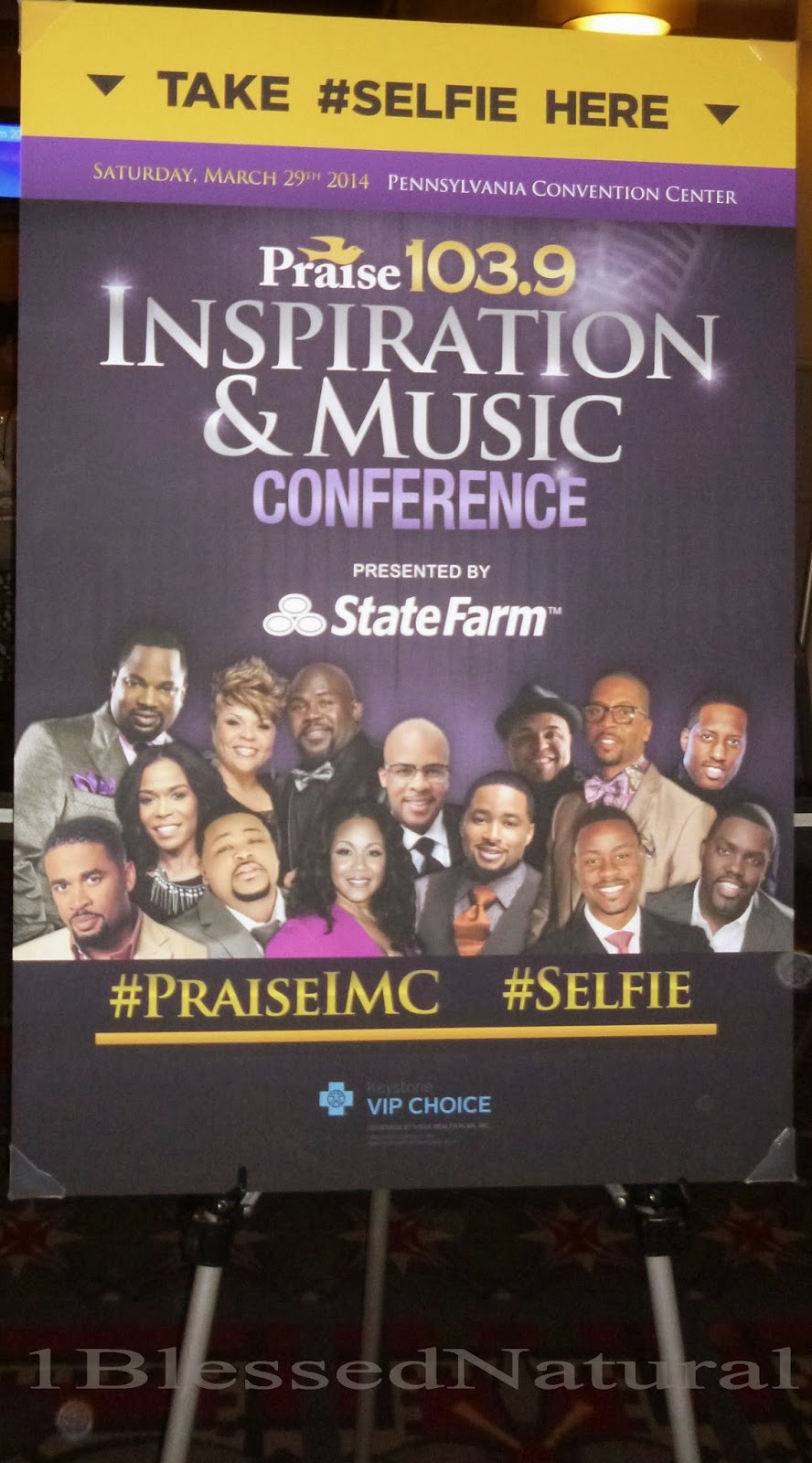 Did you attend the Praise 103.9 Inspiration and Music Conference?