Is Hollywood Fascinated with Slavery Movies?


Yes, it is Black History Month! This is the time where we as African-Americans reflect on our history. This is the time where many television networks like to show Black programming. More often than not, those programs include slavery movies. It never fails! I sit down on my couch and decide to start watching one of them. After watching the movie for a short period of time, I'm angry! I'm angry at the injustices done to my people, but that's only part of it. My anger also originates from the fact that it seems like there is a special place in Hollywood for the next slavery movie. We watch year after year when slavery movies emerge on the scene (not just during Black History Month), and they are awarded and talked about until the next one comes out.

We as Black people have more experiences to our history than slavery. What about Black inventors? Why is it that we do not see movies of Black people who have fought tooth and nail to invent something today? Why isn't their more movies about successful Blacks like Madam C.J. Walker who invented hair products or George Murray who invented a cotton cutting device? Can we have a round of applause for the Pursuit of Happyness movie based on Chris Gardner? He ( by the grace of God) overcame his struggles and became a Wall Street giant. I'll take it over repeatedly watching movies that glorify the struggles of our ancestors.

Furthermore, I appreciate the hard work of the Black actors and actresses who chose to take on these roles, but I question the motives of some of the creators. I also would be lying if I didn't acknowledge the fact that there is a trend. I wonder if slavery-centered and servant movies are created to promote the awareness of slavery and our history, or are they created because it's a safe bet that they will be big in Hollywood. Let's count backwards. In 2013, there was 12 Years a Slave. In 2012, it was Django Unchained. In 2011, it was The Help. All 3 movies won Academy Awards. I wanted to get a rough estimate of how many slavery movies exist so, I did a search on Google. When you Google "slavery movies", you can see the laundry list of slavery movies created before and after the 1977 miniseries Roots.


This week, the movie The Book of Negroes appeared on BET, and I was hesitant to watch it. There were a few people I knew who said it wasn't a slavery centered movie. However, I still found myself with the same anger referred to above after watching the first 20-30 minutes of the movie. Once again, I appreciate the story and the artistry, but what's with the fascination? I believe that if the goal of these movies is to spread awareness about slavery to our people, then they need to be made a part of the curriculum for schools, especially in the inner city.

Our young Black youth need to know the struggles that our ancestors and selves have gone through. They need to appreciate the freedoms that they have presently. They need to see what it like to be held captive in chains in the hull of a ship. They need to see how those experiences are related to the present day injustices of racially motivated shootings and incidents. 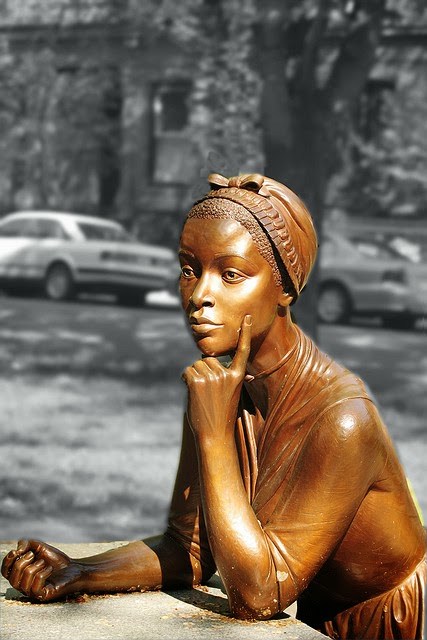 I am thankful for movies like Selma and its creators. Students who are in 7th-9th grade are able to show their I.D. or report card, and get free tickets to see the movie. I love this! Although the movie is not centered around slavery, it is centered around injustices and our people overcoming them. Students are encouraged to see the movie. Teachers are able to take their classes to see it and have open discussions about it. The movie seems to be doing more than just making us angry or entertaining others with our struggles.

What do you think about the increase in the appearance of slavery movies in Hollywood over the years?

ENTER for YOUR CHANCE to WIN in the 1BlessedNatural Subscriber Appreciation Giveaway!

En Vogue Performs "Hold On" At Home and Does Interview with Holly Robinson Peete!