Review of Season 2/Episode 7 of Centric's The Round Show

Saturday, the new show The Round aired on the CentricTV network. The Round features powerful Black women who deliver short speeches about their life journeys. Think TED Talks! I really liked the show! This week's speakers included director and chief curator of the Studio Museum in Harlem, NY, Thelma Golden and Fashion Bomb Daily creator, Claire Sulmers.

I thought both speakers were awesome! It is extremely important for us as Black woman entrepreneurs to be able to see ourselves on television. Many people think of being an entrepreneur as a prestigious thing, but it is hard work. The road to success can be bumpy and trying. That's why it is good to see people who look like us tell their life stories. Shows like Being, Queen Boss, and The Round (all on CentricTV) are filled with inspiration and great advice.

I need to go catch up on The Round episodes! Round of applause for the show! It airs on Saturdays 11/10C on CentricTV!

Did you see this week's episode of the The Round? If so, what did you think of it? 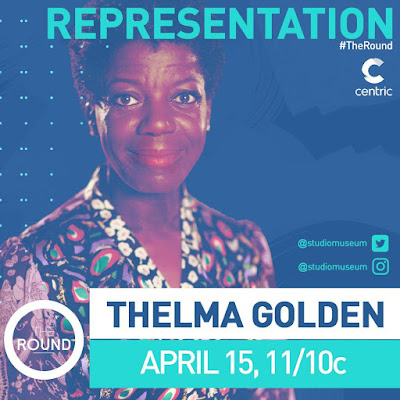 centric claire sulmers review of the round thelma golden