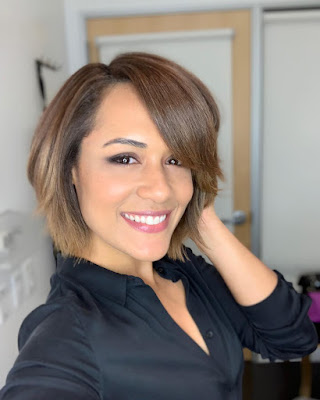 Author and former Empire actress, Grace Byers, doesn't want the scars on her shoulder to be covered up or edited. The 34-year-old posted an Instagram photo of herself wearing a blue toga dress with small keloids on her shoulder.

Byers  reason for not wanting her keloids removed in photos is simple: They are a reminder. She said, "they're real. they're mine. i earned them. [sic] And they will always be there to remind me of that period in my life when my shoulder was dislocating every month, and that I made it all the way through." Then she asked her followers to share the scars they embraced. Some of the answers included chemo port and cesarean section scars, stretch marks, and surgical scars.


keloid scars from shoulder surgery. never want them covered, color-corrected or edited out for any reason. they’re real. they’re mine. i earned them. and they will always be there to remind me of that period in my life when my shoulder was dislocating every month. and that I made it all the way through. #tbt which scars do u love to embrace most?🌀
A post shared by G ✨ (@ladygracebyers) on May 9, 2019 at 11:58am PDT


The actress didn't reveal the exact cause of her shoulder dislocation. Keloids are types of scars that can occur after an injury has healed. It is an excess of scar tissue and common in African-Americans.
Grace Byers message goes along with her children's book titled I Am Enough. The book has a very uplifting message that I think all Black kids need to hear!


In addition to FOX's Empire, Byers starred as the character Reeva Payge in The Gifted TV show.

Do you have a scar that you embrace like Grace Byers? If so, what type?