Actress China McClain is educating people on social media about the Black experience. McClain, who is 21 years old said she and her sisters (Lauryn and Sierra) have dealt with being told by white people how they should act when playing Black characters.

McClain said, "I can't tell you how many conversations, sometimes arguments. It's escalated to that... Back and forth with white people telling me what would be most authentic coming out of my Black character's mouth." The actress said that if she wrote a script about another culture and was told by an actor of that culture that the script didn't sound authentic to the culture, she would tell them to do what they thought would make it authentic.

"She said, "My goal as the creator of content is to keep these projects authentic and keep them having some integrity." McClain said that isn't the goal for a lot of companies that are made up of producers, directors, and show-runners who only seek control.

The actress explained that she would like to see different walks of life for people of color on screen because it is symbolic of real life.

China McClain stars in the series Black Lightning. She also acted in Disney's Descendants 2 and 3. 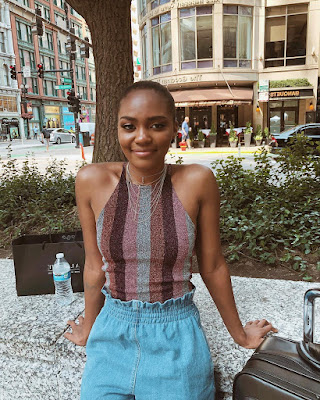 What do you think about China McClain's points about being told how to portray Black characters?