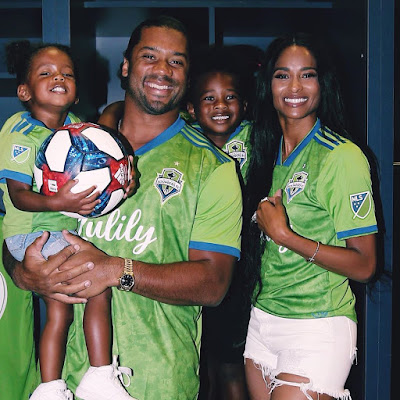 Today, singer Ciara posted a cute video on social media of her husband Russell Wilson brushing their daughter Sienna's hair and the 3-year-old helping him. The caption of Ciara's video was, "My Beautiful Black Man and My Beautiful Black Princess @DangeRussWilson🖤 Worshipping and Hairstyling #Sunday."

Russell Wilson sang along to "O Come to the Alter" by Elevation Worship while brushing his daughter's hair up into a puff. 3-year-old Sienna shook her curly puff in victory after Dad finished styling it. Ciara, who was filming it told Sienna that she did a great job and Russell Wilson gave the camera thumbs up!
So cute!

What do you think about Russell Wilson doing his daughter's hair?