April 03, 2022
Actress and writer Dominique Fishback star alongside Academy Award winner Samuel L. Jackson in the series The Last Days of Ptolemy Grey on AppleTV+. The 6-episode drama is based on the novel by author Walter Mosley. It is about a 91-year-old man who lives alone and suffers from memory loss. After his nephew gets killed, he is faced with trying to solve his murder. Fishback, who plays a 17-year-old girl named Robyn comes into his life and changes it for the better.
Fishback shines on camera as the supportive character Robyn in 'Ptolemy Grey'. The dynamics between Ptolemy played by Jackson and Robyn are beautiful to watch. The juxtaposition between young and old make the show heartwarming and a must-see! Moments like Robin teaching Ptolemy about technology are hilarious!
Dominique Fishback is an actress who is on the rise and killing it! The 31-year-old actress played in movies like Project Power, Judas and The Black Messiah, The Hate U Give, and Night Comes On. She also played Jay-Z's mother in the rapper's video "Smile." In addition, the New York native acted in an Off-Broadway, one-woman show called Subverted. In the play, Fishback portrayed more than 20 characters! She has also been a part of the MCC Theatre's Youth Company and Abington Theatre Company.
After starring in more than 150 films, Samuel L.Jackson won an honorary Academy Award for lifetime achievement last Sunday, and we think it was long over due! Fishback will also star in the 2023 release of the Transformers: Rise of the Beast movie
We see you, Dominique! 💖 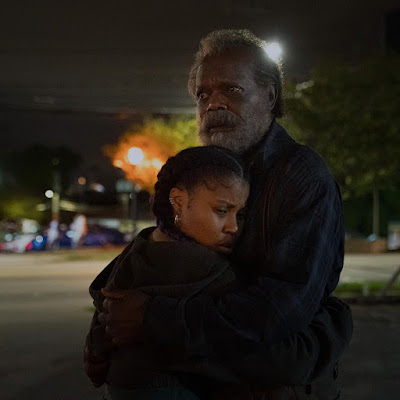 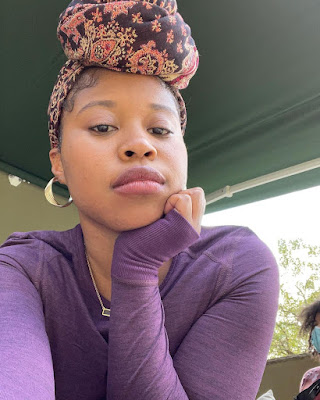 Did you watch The Last Days of Ptolemy Grey? If so, what did you think of it and Dominique Fishback's performance?