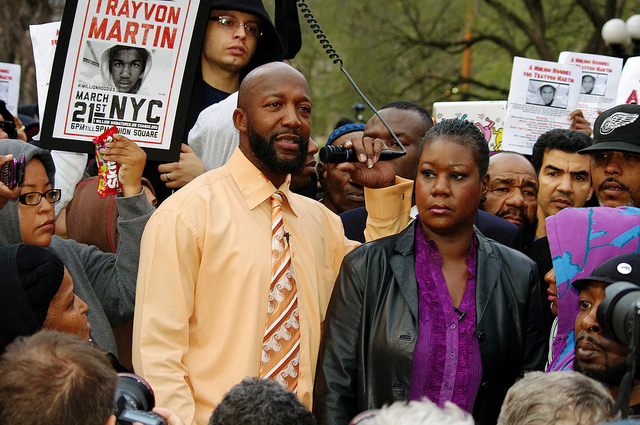 It has been less than 24 hours since the George Zimmerman verdict was read, and much of the nation is still in shock. Not Guilty? Until recently, I was also at a loss for words. When I first heard the verdict, my heart became very heavy. I wondered what kind of justice system would sentence a woman to 20 years in prison for firing warning shots, but let a man go free for killing a child. CBS News reported that Marissa Alexander was sentenced to 20 years in prison for firing warning shots to defend herself against her alleged abusive husband. The Alexander and Martin case were both in Florida.

Last night, after the verdict was read, I logged onto Twitter to see some of the responses. There were responses of sadness, outrage, and unrest. Parenting expert and star of Lifetime Network's show, "America's Supernanny" Deborah Tillman tweeted, "Prayers of comfort go out to the Martin family. We are losing a generation of youth who are NOT protected or respected #Heartbroken." TV host, Tavis Smiley weighed in on the issue of racism when he tweeted, "George Zimmerman knew nothing of Trayvon's character, only his color. Color can get you killed." Actress and entrepreneur, Issa Rae also spoke about the issue of racism in the Martin case when she tweeted, "He literally profiled and followed a young, unarmed black boy, murdered him, and now gets to live 'his guiltless life'. What is this?"

Nothing could match the heartache felt by Trayvon Martin's parents who were said to be attending church service this morning. Martin's mother, Sybrina Fulton tweeted, "Lord during my darkest hour I lean on you. You are all that I have. At the end of the day, GOD is still in control. Thank you for all of your prayers and support. I will love your forever Trayvon!!! In the name of Jesus!!!" Martin's father, Tracy Martin tweeted similar sentiments when he said, "God blessed me and Sybrina with Tray and even in his death I know my baby proud of the FIGHT we along with all of you put up for him GOD BLESS".

Although Zimmerman appears to have gotten away with murder, God's word reveals otherwise. Romans 12:19 says, " Beloved, never avenge yourselves, but leave it to the wrath of God, for it is written, “Vengeance is mine, I will repay, says the Lord.” I know that Zimmerman's actions and heart will be judged and punished by God if he deems it be so. Although we have the judicial system, the Lord tells us not to put our faith in man. Psalm 146:3 says, "Do not put your trust in princes, human beings, who cannot save." I am with Sybrina Fulton! God is still in control.

R.I.P. and God Bless Trayvon Martin. My prayers go out to the Martin family.
"Blessed are those who mourn, for they shall be comforted." -Matthew 5:4

What are your thoughts on the verdict?