[VIDEO] DJ Kay Slay on How He Got Queen Latifah for New Song and Video "Living Legend"! 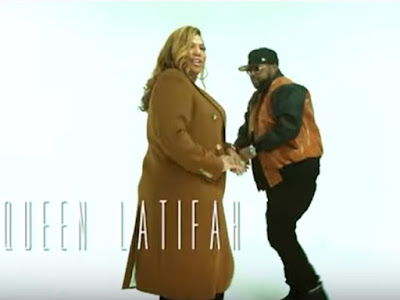 Hot 97 DJ Kay Slay dropped a new song and video featuring Queen Latifah, Jadakiss, and Bun B called "Living Legend"! The video for the EP was posted on YouTube on March 11th and has over 400,000 views. Fans and celebrities like Will Smith and MC Lyte shared their excitement on social media over seeing Queen Latifah rapping again! Her last recorded album Persona was released in 2009.

DJ Kay Slay said on social media that he asked Queen Latifah and his request was granted. He said, "This business is about relationships. Keep in good graces with individuals over the decades." He also shared that Queen Latifah is a genuine person who has remained the same. He said, "I made the call, she showed up to the studio dolo, did the song, [sic] Then with her busy schedule just came to the Bronx to shoot the video!"

This is what the #RapGame looks like these are Living Legends. #Respecthttps://t.co/TVqg8Cl6fp
— Latrice Butts (@latricebutts) March 13, 2020

We love how the video has a 90's sort of feel! Let us know what you think!

Welcome back, Queen Latifah! Great job to DJ Kay Slay, Jadakiss, Bun B, Kafeeno,Benji Filmz and all those involved in the song and video for "Living Legend". We see you!

What do you think of Queen Latifah's return in the "Living Legend" song and video?