Taraji Says Halle Berry Threw Her a Party to Celebrate Her Oscar Nomination! 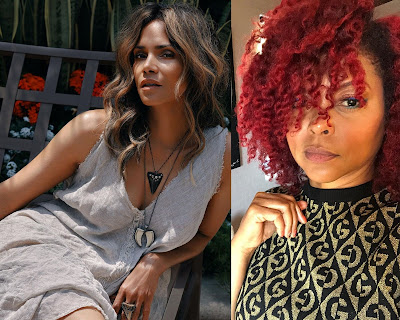 Halle Berry and Taraji P. Henson prove there is nothing like support from your friends. In a recent social media post, Taraji P. Henson said Berry threw her a Hollywood party when she was nominated for an Oscar. Henson won an Oscar for the Best Supporting Actress in the movie The Curious Case of Benjamin Button in 2009.


Henson's post was in response to Berry's post talking about how much she liked Taraji's natural hair care line TPH by Taraji. She also shared a picture of her hair. In her response, Taraji said, "This QUEEN @halleberry has always been by my side MY ENTIRE career."

In addition to throwing Henson a party, Berry introduced Henson to people in the industry. She said, "I didn't know many [sic] ppl  in the industry at the time and she introduced me to soooo many incredible super stars and heavy hitters [sic]. I was so overwhelmed but grateful!!!"
We love it! 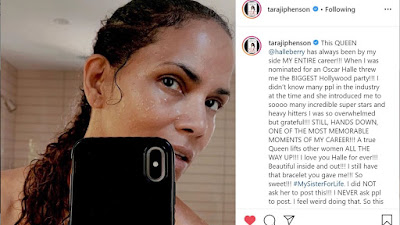 I think Taraji P. Henson is receiving all of the love she has given out plus more! She has been very supportive of her friends and their achievements. One of her most memorable moments was when she shouted and clapped on stage for Regina King when she won an Emmy for Best Supporting Actress in American Crime in 2015. She also ran and hugged Viola Davis when she won an Emmy for Lead Actress in How to Get Away with Murder in that same year.

Halle Berry and Taraji P. Henson show how real friends support each other! That's nice to see in a world that tends to portray images of Black women being just the opposite.


What do you think about Halle Berry's support of Taraji?