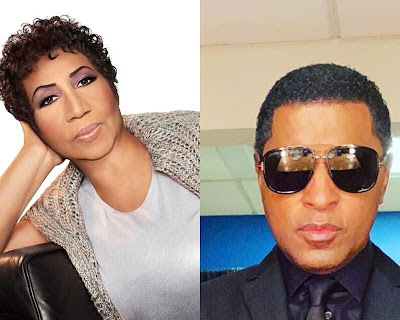 On tonight's "Waiting to Exhale" soundtrack celebration on IG Live, Babyface shared a funny story about Aretha Franklin asking him for dating advice 5 years ago.

After doing a show at the Oracle Arena in Oakland, CA in 2015, Aretha Franklin met Babyface backstage and told him that she'd been dating a young man. Franklin, who was in her 70's at the time was not sure if she should date the young man and wanted to get the producer's opinion. After hearing the details about Franklin's love interest, Babyface advised her that he didn't sound trustworthy.

Well, ain't that something!  🤣

Babyface's IG Live was to celebrate "Waiting to Exhale 25th anniversary. In addition to playing some of the songs from the soundtrack, he also told some interesting stories about other artists on the album including Whitney Houston, Patti Labelle, Brandy, and Mary J. Blige and the movie's director Forest Whitaker. Toni Braxton was a guest on the Live and sung "Let It Flow".

What did you think of Babyface's story about him giving Aretha Franklin dating advice? Also, what was your favorite moment(s) in the video?