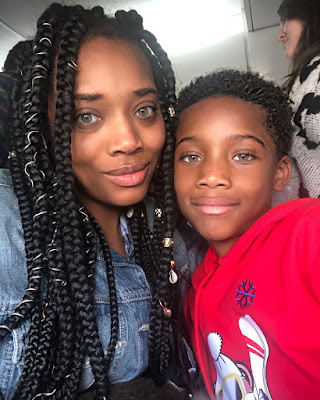 Today, activist and Love and Hip Hop cast member Yandy Smith posted a heartbreaking message to her 7-year-old son Omere Harris in the wake of Ahmaud Arbery's death. Arbery was an unarmed 25-year-old Black man shot to death by two white men Georgia. He was jogging when he was killed. Although the shooting of Arbery happened February 23rd, cell phone footage was just released on social media. After the public's cries of outrage, Arbery's killers Gregory and Travis McMichael were arrested today, and the case is set to go to a grand jury.


In her message, Smith warned her son of the dangers in this world because of the color of his skin.  She said, Little brown boy, this world will try to destroy. Make you feel unworthy, like you [sic] life is worth but a mist....here today gone in a second and forgotten." The 38-year-old continued by telling her son that he must know his history. She said, "Please continue to educate yourself of your history, your ancestors, their greatness, resilience and their vigilance." Smith ended the message instructing Harris to continue to protect himself and fight for his human rights. She said, "I will die doing with you and for you @omereandskylar #justiceforarbery. "

Yandy Smith's letter to her son represents a necessary and sad truth about raising Black sons in America. Parents with Black sons have to raise them much differently than their white counterparts. They have to raise them with the awareness and tools to attempt to fight against brutality, racism, and hate. The list of Black men and boys killed in the last 8 years is alarming. Ahmad Arbery's name is added to the list that includes names like Trayvon Martin (17 years old), Mike Brown ( 18 years old), Tamir Rice (14 years old),  and Eric Garner (27 years old). 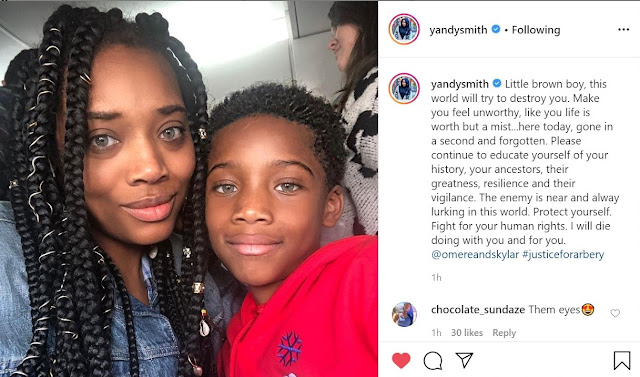 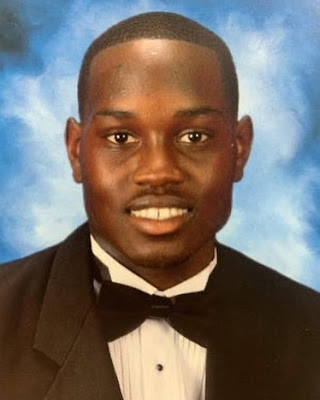 
Home Schooling is in full effect! @omereandskylar #socialdistancing #homeschoollife #CoronaWontStopThisMelaninMagic #smartkids
A post shared by Yandy Smith-Harris (@yandysmith) on Mar 16, 2020 at 7:15am PDT

What do you think about Yandy Smith's message to her son? Also, have you had a similar talk with your son?

The story has been updated to reflect the arrest of Gregory and Travis McMichael.