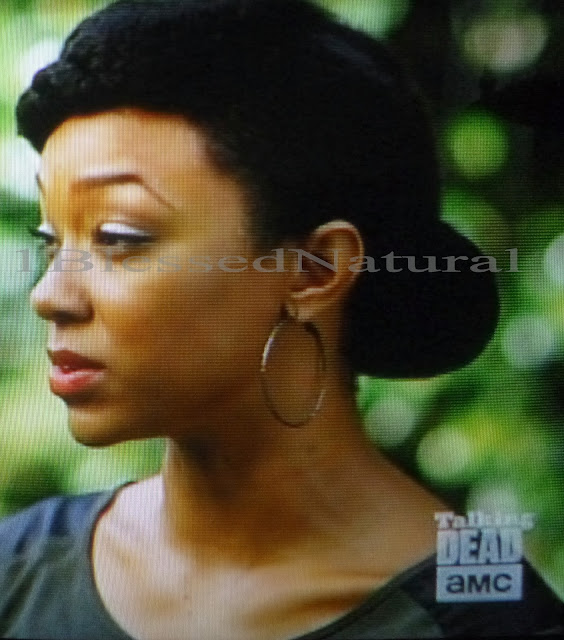 Last night's "Talking Dead" episode proved to be a real treat for the natural hair community when actress, Sonequa Martin-Green appeared on camera rocking a beautiful new style. The front of the "Walking Dead" star's hair appeared to be parted on the side and flat twisted from the bang area into a bun. Martin-Green, who plays the character "Sasha" on "Walking Dead", wore a long sleeve, Army green top and red lipstick which contrasted well with the greenery in the background. During her interview, Martin-Green explained that she stays in character even after the cameras are rolling. Check out more of her interview on the "Talking Dead" website! 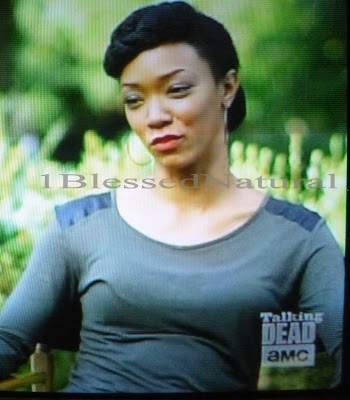 What do you think of Sonequa Martin-Green's hairstyle?