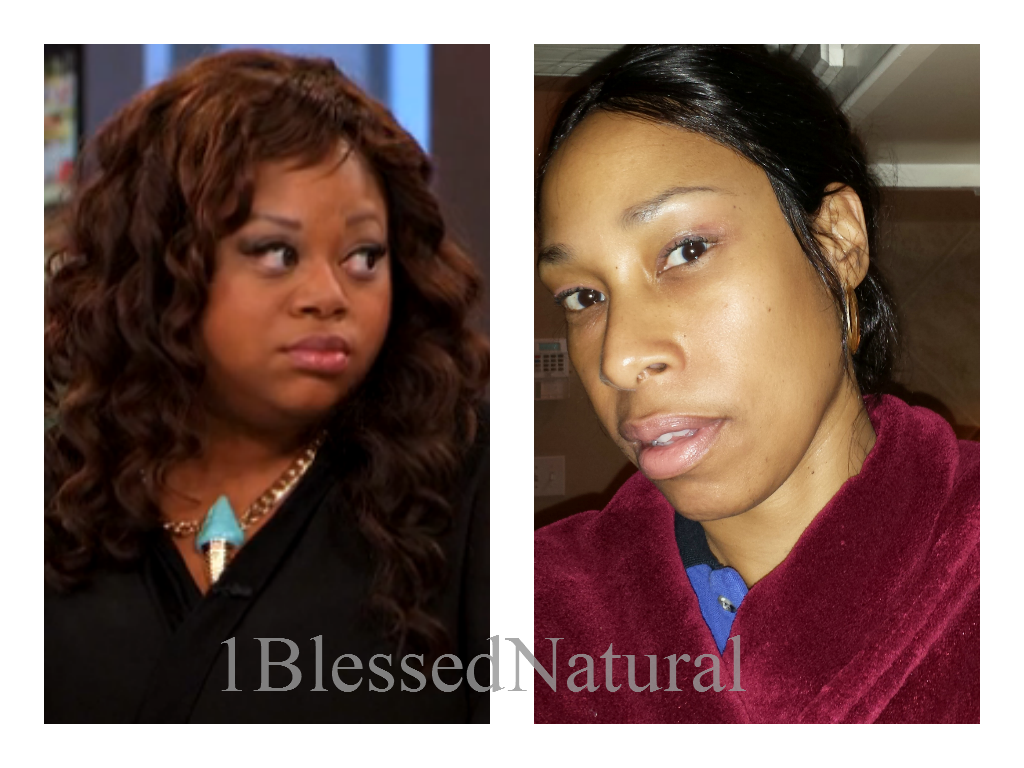 Recently, singer and actress Countess Vaughn appeared on the CBS show "The Doctors" and revealed that she'd been battling a scalp infection caused by wearing lace front wigs. "The Parkers" star gave a teary-eyed confession stating that the infection was caused by the glue which is used to bond the wig to the scalp. The 35-year-old stated that she was never warned by her doctor that the infection could cause long lasting affects like the discoloration along her hairline, nape, and under-eye area. She wore the wig up until 6 months after her first symptoms because she was in denial. The actress said that she is now teaching her daughter the lesson that she learned after her experience: Love yourself! Click here to view the full interview of "The Doctors."1BlessedNatural Contributor, +TeMagee5  weighed in on the issue. Here is her response:

I think that women who wear lace wigs have to understand that there are some risks involved. When you put any type of adhesive, (no matter what kind) theatrical or medical, there is a possibility of an allergic reaction. Women wear [lace front] units for different types of reasons. It could be a medical reason, protective style, or just simply to change their look. But, they should never wear them because they think their hair is not good enough! We are all perfect just the way God made us...the way we are.


Well said, Ms. Magee! What do you think?

T. Magee is a 1BlessedNatural Contributor and hair model. She has been natural for more than 3 years and has been featured in several 1BlessedNatural articles. Protective styling is Magee's favorite method to retain length.

If you would like to become a 1BlessedNatural Hair Article Contributor, visit here.