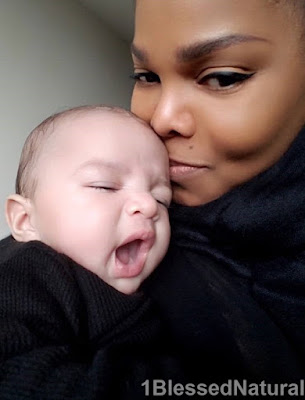 Jesus has risen! Friday, Janet Jackson released the very first public picture of her son, Eissa on social media. The singer and her husband, Wissam Al Mana welcomed the baby into the world January of this year.


In the picture, Jackson is holding little Eissa, and the caption says, "My baby and me after nap time." Super cute! It was almost two years ago when the singer made headlines after announcing her pregnancy at 50 years old and postponing of her tour. Back in 2015, Mrs. Jackson released her 11th album titled "Unbreakable."


What do you think of the picture of Janet Jackson and her baby?


Related Articles: Poetic Justice Inspired Braids
Too Much Pressure to Snap Back Quickly After Having a Baby?