My Response to the Kylie Jenner Lip Challenge 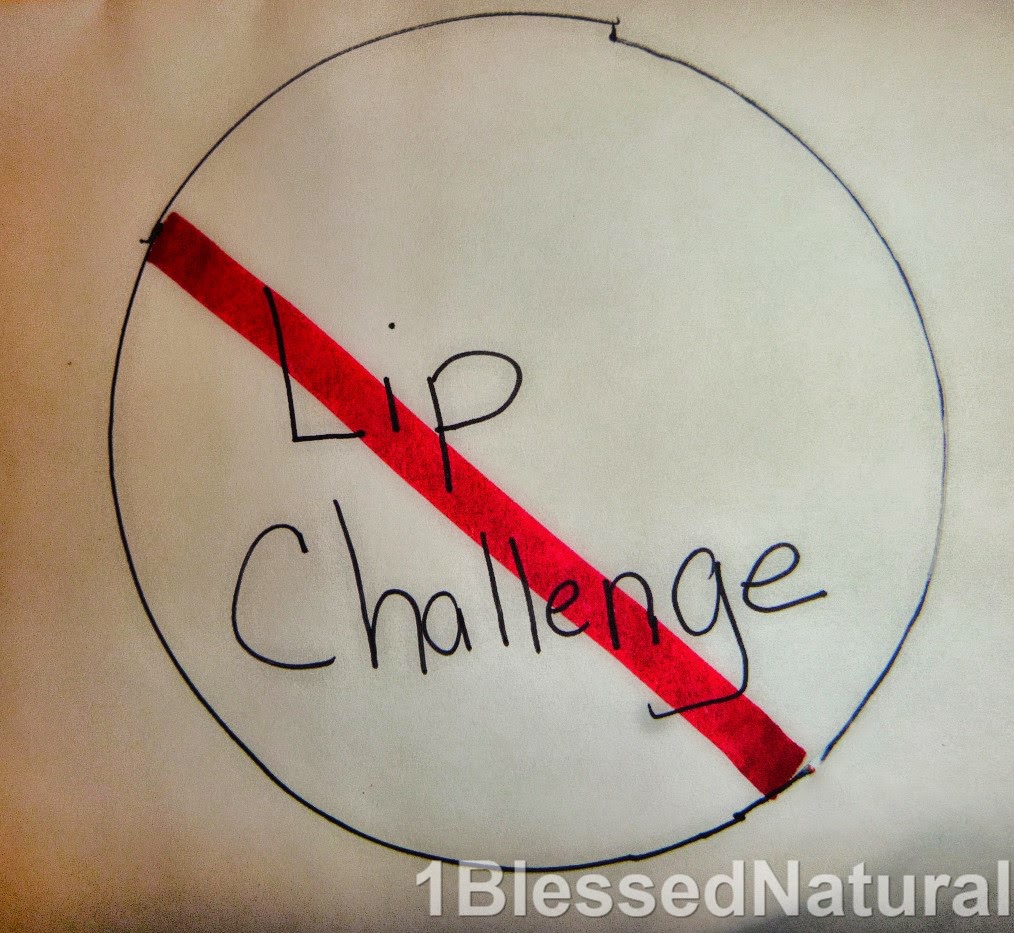 Hey, my blessed naturals,
This week, I was horrified when I heard about the latest teen craze of the lip challenge that is being connected to 17 year old, TV personality and sister of Kim Kardashian, Kylie Jenner.  Young people of all different races have been posting videos on social media of themselves using shot glasses, bottles, and fire cups to plump their lips by suctioning them. The idea is they want fuller lips like Jenner. Although this new "challenge" has appeared, lip suctioning is nothing new. Lip suctioning cups are available on the beauty market. When I was kid and would tell my father about what "everybody" was doing, he would ask me the following question: If "everybody" jumped off a bridge, would you do it too? My answer was always no, but the sad thing is that many of today's teens and young adults would answer "yes" to that same question.

We can add this lip suction challenge to last year's challenge where teens were setting themselves on fire and the "pass out" challenge where they could be seen holding their breaths until their bodies went limp. Many young people have experienced the consequences of bloody and bruised lips due to the lip suction challenge. It is dangerous thing. I believe the problem lies in  (not only) the fact that they want to emulate others, but the fact that they want instant fame. I, along with other people have been trying to figure out why on God's green earth would you risk your life and/or overall health for a "challenge." One of the answers to this question is that they instant fame. The kids know if they do something and record it, it could be seen by a large amount of people. So, the idea makes no sense to us who are onlooking, but "cool" to those who are participating in the harmful acts. Prayers for the youth!

If you are an individual who is reading this and thinking about participating in a harmful "challenge", I would like you to stop and really think about the possible consequences of it. Challenge yourself not to do what everyone else is doing. Challenge yourself to love yourself. Challenge yourself to read a book, help someone with their homework, or do community service. Those are real challenges. Disfiguring your face for life is not worth "beauty" or anything else.

This past Tuesday, Kylie Jenner released a statement on Twitter responding to the controversy surrounding the lip suction challenge:


I want to encourage people/young girls like me to be YOURSELF & not be afraid to experiment w your look. ❤️❤️❤️
— Kylie Jenner (@KylieJenner) April 21, 2015


What do you think about the lip challenge?

Related Articles: Lupita Nyong'o on Sesame Street: The Best Way to Teach...
The Dove "Love Your Curls" Commercial Will Break and Mend Your Heart