Should Satin Hair Bonnets Be Worn in Public? 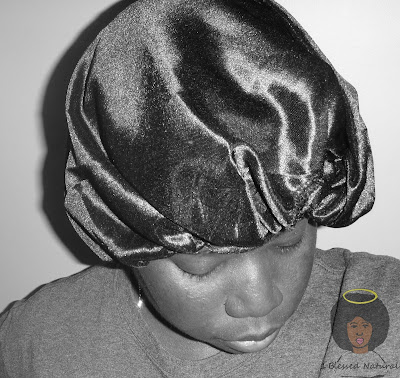 Hey, my blessed naturals,
Hair bonnets have been around for a long time, but satin caps and bonnets have gotten popular with the natural hair movement in the last few years. Even though they are intended to be worn at bedtime to protect your hair from getting damaged, I've seen them worn regularly in public. I've also heard about some establishments banning them. This leaves the question: Should hair bonnets be worn in public?

There is a photo circulating around the internet with a flyer that is said to be posted inside of a rental office. The flyer has a picture of a black woman wearing a bonnet. The words above the image read,"Not allowed in the rental office." Some people agree with the flyer, but others are saying the rental office should get over it. Why should it matter if it doesn't affect a person's ability to pay rent?

But the rental office though? Y'all want the rent or not?
Posted by KevOnStage on Wednesday, March 30, 2016

Personally, I do not like wearing bonnets outside of the house. When you go outside dust and dirt settles on you. The idea of all of that settling on my bonnet and touching my bedding gives me the heebie-jeebies, but that's just me. I want to know what you all think!

Do you think satin bonnets should be worn in public?