Opinion: Can We BREATHE? 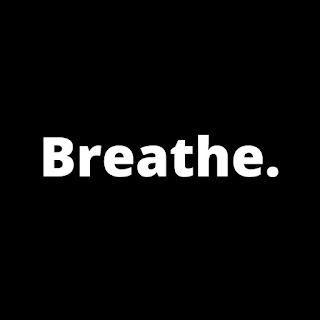 Today, former Minneapolis cop Derek Chauvin who killed George Floyd by kneeling on his neck has been arrested and charged with third-degree murder. Three other officers were also at the scene of the crime on May 25, 2020. Since then, we have seen the anger, hurt, frustration, and heartache of Black people and those who identify with us across this nation. We've seen image after image of Black people that have been killed unjustly killed--Ahmad Arbery, Brionna Taylor, Mike Brown, Trayvon Martin, Freddie Gray, and the list goes on. We've endured the dehumanization of us and we're tired.

For history's sake, let's talk about the fact that it's still a pandemic going on--COVID-19. And even through that, we have to endure racist white people calling the police on us because they can't stand the fact that we BREATHE the same air they do. Just ask Christian Cooper, the Black professor who had the police called on him for bird watching and minding his business in Central Park. Why, Amy Cooper? Why?

Even though we just had one victory with the arrest of Chauvin, we need a conviction and the other 3 officers to be be brought to justice. Every time we turn on our phones or TVs, there's another reminder of how we are not considered to be equal. Enough is enough! And to MY PEOPLE and those who support us as humans: let's BREATHE.

If you travel or donate overseas to help better the lives of black & brown people without knowing every moment that led up to their current one yet see a black life lost in America and insist on knowing the “full story”?

You are being hypocritical.
The end.

After stoking the fires of white supremacy and racism your entire presidency, you have the nerve to feign moral superiority before threatening violence? ‘When the looting starts the shooting starts’??? We will vote you out in November. @realdonaldtrump
— Taylor Swift (@taylorswift13) May 29, 2020

A reminder: What happened to George Floyd is what Amy Cooper hoped would happen to Christian Cooper.
— Jemele Hill (@jemelehill) May 26, 2020