Alicia Keys' Son Egypt Has Hilarious Reaction to Michael in "You Don't Know My Name" During Verzuz Battle! 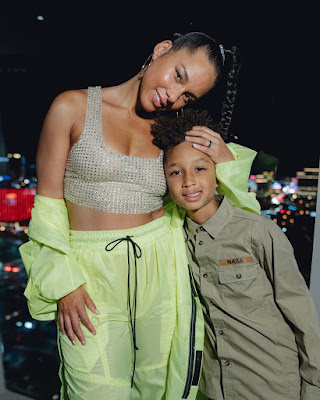 Alicia Keys and Swizz Beatz son, Egypt asked his father a hilarious question during last tonight's Juneteenth Verzuz battle between Keys and John Legend. Keys was in the middle of doing her skit for "You Don't Know My Name" where she finally tells her crush Michael( played by Mos Def) she likes him and wants to go on a date with him.

During the LIVE battle, SwizzBeatz said, "Egypt like who the hell is Mike dad😂😂😂😂😂the house is in a frenzy😂😂😂😂😂😂." Egypt was making sure there wasn't a new man around. The 9-year-old's reaction made several people laugh including Timbaland!


What do you think of Egypt's question about Michael?