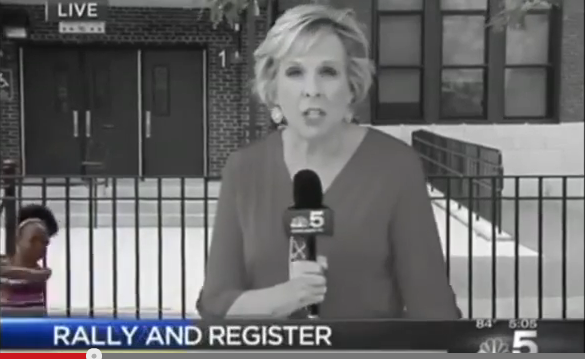 This week, an NBC Chicago newscast featuring reporter, Mary Ann Ahern being videobombed by a cute little girl dancing, went viral. Several media outlets have reported that the girl in the video's name is Janiyah Rush, who was said to be near the school on that day in June.
Reporter, Mary Ann Ahern who was doing a June report on schools closing in the area, had a good laugh and tweeted:

The little girl in the video appears to be wearing a puff too :-) Check out the video!


What did you think of the video?